SPLENDORS OF EGYPT & THE NILE

SPLENDORS OF EGYPT & THE NILE

Cruise the Nile in a manner once reserved for queens and pharaohs.

For 12 adventure-filled days, experience Egypt and the Nile’s most wondrous sites in style and luxury. Set sail on an eight-day voyage onboard the all-suite River Tosca. Wander amongst the towering ruins of the Temple of Karnak, the world’s largest ancient religious complex, and the entrancing Temple of Luxor. Visit temples dedicated to Hathor, Horus, and other mythological figures, and pay homage to the country’s first female ruler at the Temple of Hatshepsut. Follow in the footsteps of renowned scholars and explorers as you venture forth into the Valley of the Kings, the ancient burial grounds of Egyptian royalty. Get acquainted with Nubian culture during a home visit with a local family, and enjoy an exhilarating ride in a felucca, a traditional Nile River sailboat.

This captivating itinerary begins and ends in Cairo, where you’ll visit the famous Egyptian Museum and its stupendous and unrivaled collection of pharaonic artifacts, including treasures recovered from the tomb of King Tutankhamun. Journey to Giza to gaze upon the mighty ancient Pyramids and the timeworn, enigmatic Sphinx—iconic images that continue to amaze.

An enchanting land of marvels, myths, and wonders old and new, Egypt is an extraordinary destination no culturally curious traveler will want to miss.

A Uniworld representative will greet you at the airport and transfer you to the opulent Four Seasons Hotel Cairo at Nile Plaza, situated along the banks of the river.

Your tour of this historic city includes the Citadel of Salah al-Din, a massive 12th-century compound that was home to Egypt’s rulers for more than 700 years. Visit the Citadel’s Alabaster Mosque (Mosque of Muhammad Ali) and enjoy its incredible hilltop views of Cairo. You’ll also spend some time at the cavernous Egyptian Museum, home to a sublime collection of priceless treasures, including artifacts from the tomb of King Tutankhamun.

Fly to Luxor on the east bank of the Nile, where you’ll visit the world’s largest ancient temple complex—the Temple of Karnak—once buried under sand for a thousand years. The scale of this sprawling site is simply astonishing, with massive temples and statues and endless avenues of giant columns. Board the elegant River Tosca and cruise to Dendera, one of the most culturally significant sites along the Nile. This evening, there will be a Gala Reception and dinner onboard.

FEATURED EXCURSIONS: Temple of Hathor and Temple of Luxor

The Temple of Hathor is an extraordinarily well-preserved site that was once the epicenter of the cult of Hathor, goddess of love, music, and other earthly delights. This beautiful temple has an ornate façade and richly decorated exterior walls, one of which has a rare bas relief of Cleopatra and the son she bore to Julius Caesar. Return to Luxor for some leisure time before visiting the ancient, UNESCO-designated Temple of Luxor, an especially stunning sight at sunset.

FEATURED EXCURSIONS: Colossi of Memnon, Hatshepsut Temple, Valley of the Kings, and evening onboard Galabeya Party

Get an up-close view of the Colossi of Memnon—two gigantic statues of Pharaoh Amenhotep III—and visit the mortuary temple of Queen Hatshepsut, one of Egypt’s most successful pharaohs and its first female ruler. Continue on to one of the most famous archeological sites in the world—the Valley of the Kings—used for royal burials for nearly 500 years. The valley contains more than 60 tombs, including that of King Tutankhamun, whose mummified remains are still here on display. Back onboard, enjoy a festive Galabeya Party.

Kom Ombo is the site of a Greco-Roman temple dedicated to the crocodile god, Sobek, and the falcon god, Horus the Elder. Several mummified crocodiles can be seen inside this unusual double temple. After a scenic cruise to Aswan, take a small boat along the banks of the Nile, watching for colorful native birds as you travel to a small Nubian village. Visit the traditional dwelling of a local family and enjoy Nubian-style hospitality as you learn more about the area’s unique culture. This evening, you’ll be treated to a traditional Egyptian belly dancing performance.

Visit the Aswan High Dam—a marvel of modern engineering—as well as the towering Unfinished Obelisk, commissioned by Queen Hatshepsut but never completed. Explore the Philae Temple complex, moved from its original site and rebuilt on Agilika Island during the construction of the dam. Later, take a peaceful and scenic ride along the Nile in a felucca, a traditional Egyptian sailboat with cushions and a canopy for shade (wind conditions permitting). Relax over refreshments at the Old Cataract Hotel Aswan, a colonial-era gem that counts Winston Churchill and Princess Diana among its former guests. This famous hotel was depicted in Agatha Christie’s acclaimed mystery novel Death on the Nile. Back onboard, you’ll be thoroughly entertained by a Nubian show with live music.

FEATURED EXCURSIONS: Spend the day at leisure, or take an optional excursion to see the magnificent temples of Abu Simbel, carved into the sandstone cliffs along the Nile about 200 miles from Aswan.

The front of the main temple has four gargantuan statues of Ramses II on his throne, each measuring nearly 70 feet high and discovered half buried in sand in 1813. This UNESCO-designated site was the focus of a daunting four-year rescue operation in the early 1960s—a multi-million dollar effort that saved the 3,500-year-old temples from the rising waters of Lake Nasser.

The city of Edfu is best known for its remarkably preserved temple dedicated to Horus, the falcon-headed god. Built in 230 BC, it is the second-largest temple in Egypt and a UNESCO World Heritage Site, with walls that display compelling details about the religion and language of the country’s Greco-Roman period. Afterwards, relax onboard and take in the Nile’s timeless landscapes as the ship continues onward to Luxor.

FEATURED EXCURSION: Sound and Light Show at the Pyramids of Giza

Disembark the ship and transfer to the Luxor airport for your return flight to Cairo. Check into the Four Seasons Hotel Cairo at Nile Plaza, and enjoy some free time before tonight’s Sound and Light Show at the Pyramids of Giza—a wonderfully colorful introduction to these ancient wonders and the sophisticated culture that created them.

FEATURED EXCURSIONS: Ancient Memphis sites, including the Pyramids of Giza and the Great Sphinx

Venture forth to the UNESCO World Heritage Site encompassing the ancient capital of Memphis, which includes a number of exceptional monuments: a huge statue of Ramses II; the Alabaster Sphinx; the necropolis of Sakkara, site of the famous step pyramid of King Zoser, the oldest pyramid on earth; the Great Sphinx; and the three Pyramids of Giza, together considered the last survivor of the Seven Wonders of the Ancient World.

Check out of your hotel and transfer to the airport for your return flight home. 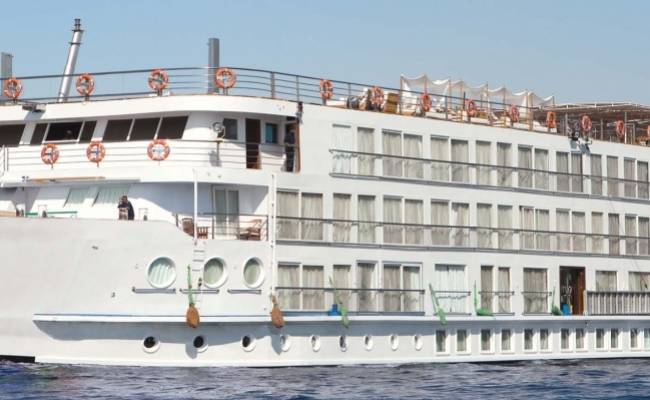 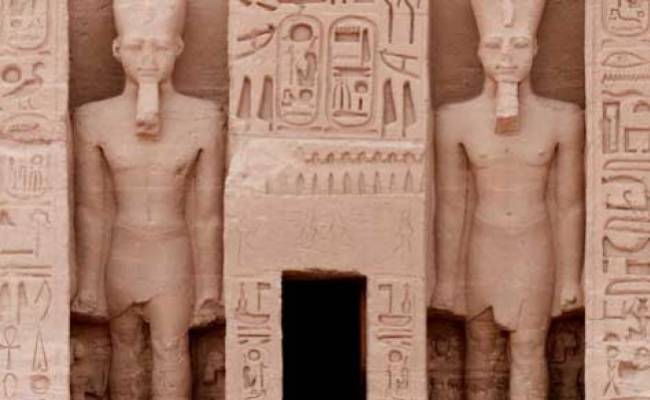 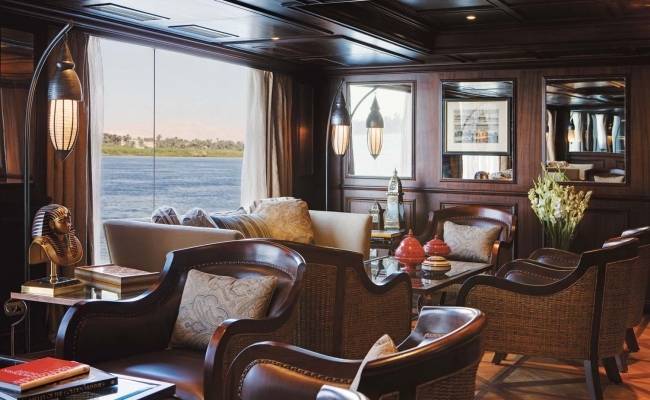