Dubai See and Do

Dubai See and Do 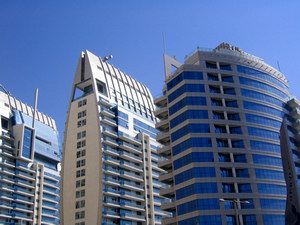 Because Dubai is such a young city, sightseeing opportunities in the classic sense are  few. There's plenty of stunning  modern architecture, but in terms of historical and  traditional attractions, apart from Jumeirah Mosque (the only mosque  in the city open  to non-Muslims), there are only two locations of interest—Al Fahidi (previously known  as Bastakiya) and  Shindagha, both located by the Creek.

The Al Fahidi District is composed of century-old buildings made from coral and topped with wind towers (the U.A.E.'s  early form of air-conditioning). This area has a cultural center, The Sheikh Mohammed Centre for Cultural  Understanding, and is home to two small galleries, both worth visiting: the Majlis Art Gallery and the XVA Gallery, a  wonderful Arabian house considered one of the top contemporary art galleries in the Middle East. There's also the stunning Arabian Tea House, formerly the Basta Art Cafe. Just down the road you'll find the Dubai Museum, housed in an old fort and offering a good overview of the city's history, complete with a treasure trove of architectural finds and some worthy re-creations of pre-oil Dubai.

In Shindagha, there's the limited but worthy Sheikh Saeed Al Maktoum House, the former residence of the father of modern Dubai, which is now the al Shindagha Museum. Much more interesting is the Heritage Village, where you'll find camels, displays of local handicrafts and a small tourist market. On most nights, and especially colorful during the Ramadan season, the Village also celebrates U.A.E. music, dancing and local dishes in a bazaarlike atmosphere.

Connecting Al Fahidi and Shindagha is Khor Dubai, the broad, winding Creek. Merchants load and unload old dhows lined up along the wharves, and Armani-clad businesspeople pass by while conducting business on cell phones. You can lunch or walk along the waterside or enjoy the sights by hiring an abra from the wharf next to Bastakiya Mosque. It costs 50 AED per trip or 100 AED per hour to cruise along the Creek.

After you've checked out the older pockets of town, take time to marvel at Dubai's modern and ever-expanding skyline, which reveals the city's enthusiasm for outlandish architecture. The world's tallest building is the Burj Khalifa, set beside the vast Dubai Mall (which claims several world records itself) and Souk Al-Bahar, a charming Arabian-themed souk packed with restaurants. In front of the Burj Khalifa, and within great viewing distance of Souk Al-Bahar's eateries, lies the Dubai Fountain (another world's biggest), which puts on impressive watery displays to music each evening.

The Burj Al Arab hotel tower, in the shape of a large sail, is also a remarkable sight. The neighboring Madinat Jumeirah, an enormous resort complex, features traditional wind-tower architecture brought up-to-date with a modern, multistory design and a beautiful network of canals. In the same vicinity is The One&Only Royal Mirage, which transcends reality into the fairytale world of the Arabian Nights.

Once you're acquainted with the city, a trip into the desert is a must. Several local tour operators offer excursions, ranging from camel rides to sand skiing to dune-buggy trips, often ending with an Arabic buffet under the stars. If you have the time and the inclination, and the weather is right, we recommend an overnight camping trip.

Visitors in Dubai can enjoy a range of recreation experiences. Dubai is known in particular for its excellent tennis facilities and as the golf destination in the Gulf. The year-round warm weather makes the coastline an extremely popular destination. A coral reef has been constructed offshore at Jumeirah Beach, and scuba diving is just one of the watersports you can do in Dubai and farther afield on the east coast. Sailing, waterskiing, Jet-Skiing, wakeboarding and windsurfing are all readily available.

Desert activities are a must—make sure you attempt sandboarding. Sliding down the dunes on a "monoboard" (similar to a snowboard) is great fun, though the walk back up the dune can be a little tiring. All the major tour operators offer sand-skiing trips for about 200 AED for a half-day tour. A huge dune known as Big Red or Al Hamar (on the Dubai-Hatta Road) is a particularly popular venue.

Many people expect the U.A.E., as an Islamic country, to have a pretty tame nightlife. This is definitely not the case in Dubai. There are plenty of bars and clubs (most based in hotels in order to serve alcohol) attracting a lively and eclectic crowd. Most nightclubs have cover charges, and drinks tend to be pricey. Virtually every bar in town has a resident band and DJ, and there are a few jazz bars and piano lounges with excellent live performers.

Most bars don't start filling up until at least 9 pm, and the nightclubs are practically empty until about 11 pm. Thursday is always busy because it's the start of most people's weekend. Tuesday is Ladies' Night at many places, but if you study the schedules carefully, there is always a Ladies' Night somewhere around town—and ladies can often get a lot of free drinks. Most bars and clubs close by about 3 am, and there are usually plenty of cabs waiting outside to take you home.

Dubai is relatively crime-free and it feels pretty safe walking on the streets even in the late hours, but it doesn't hurt to be careful. With an ever-growing population from diverse backgrounds, it is hard to predict friend or foe in an inebriated state. The legalized cabs are safe and run by meter, with additional charges after midnight, but stay away from private "car lifts," which abound in the city.

Although it isn't openly discussed, some bars and clubs have a "door policy" that can be blatantly racist. If you find this is the case, arguing with the doorman rarely makes a difference—just don't give that place your business. A lot of bad press has been given to these places, and hopefully things will change. You should bear in mind that it is illegal for people younger than 21 to enter a bar or drink alcohol in the U.A.E. Remember, too, that no live music or loud background music is played in the city's bars during the holy month of Ramadan, and the clubs close. Alcohol is served, but only after sunset at most major hotels and restaurants. However, some hotels are morphing into halal hotels opting to go alcohol-free in response to the burgeoning growth in Islamic tourist arrivals.

Arabic entertainment can be experienced in Dubai's many Arabic nightclubs; traditional Arabic folk dance and belly dancing often highlight some of the organized tours around town.

Performance details are often available only on short notice, so it's best to check local publications such as Time Out Dubai (http://www.timeoutdubai.com) or ask at hotels about current performances around town. Tickets for most performing-arts events can be bought through the Time Out Ticketline (phone 04-800-4669) or from Virgin Megastores.

Dubai doesn't offer a wide-ranging sports scene, but it does host some top events.

The Dubai World Cup at the new Meydan Racetrack is the city's biggest horse-racing event—it's also one of the world's richest. It usually takes place in March, but the regular racing season is November-April.

The Dubai Desert Classic also has a big purse, and therefore draws big names in the world of golf.

Occasionally Dubai hosts small football (soccer) tournaments, such as five-a-side beach soccer, and regularly attracts some of the world's biggest names to attend.

Dubai definitely deserves the title of shopping capital of the Middle East. Shoppers need not look hard or far for something to spend their money on. Low customs duties make luxury goods less expensive than in most countries, and Dubai Duty Free at the airport is a great place for last-minute shopping—it has won lots of awards as one of the best duty-free operations in the world.

There are three main types of places for shopping in the city: shopping malls, souks, and the shopping streets or areas. Dubai's shopping malls are typically Western in style, with a variety of shops and big-brand names under one roof. Souks are common in the emirates and tend to be good places to buy gold, fabrics, electronics and traditional Arabic art. Shopping areas include lots of individual shops that usually sell similar items.

Bargaining is acceptable in most places, even in some malls, but it is becoming increasingly less common. Ask for "the best price" and you'll often get a better price "after discount." You have to ask for this type of discount and be firm about how much you want to pay. In the souks, start by halving the asking price and bargaining from there. Paying in cash can help lower the price. Sometimes it helps to leave the shop or stall in your negotiations, and the seller will come after you to agree to your price.

The Dubai Shopping Festival is an annual monthlong event held from mid-January to mid-February, with lots of bargains to be had and plenty of activities going on. There is certainly an increased volume of visitors during this festival, and traffic gets a tad tight, but it's all still manageable. Dubai Summer Surprises, held from June to the end of August, is also a good time to look for bargains if you can stand the summertime heat.